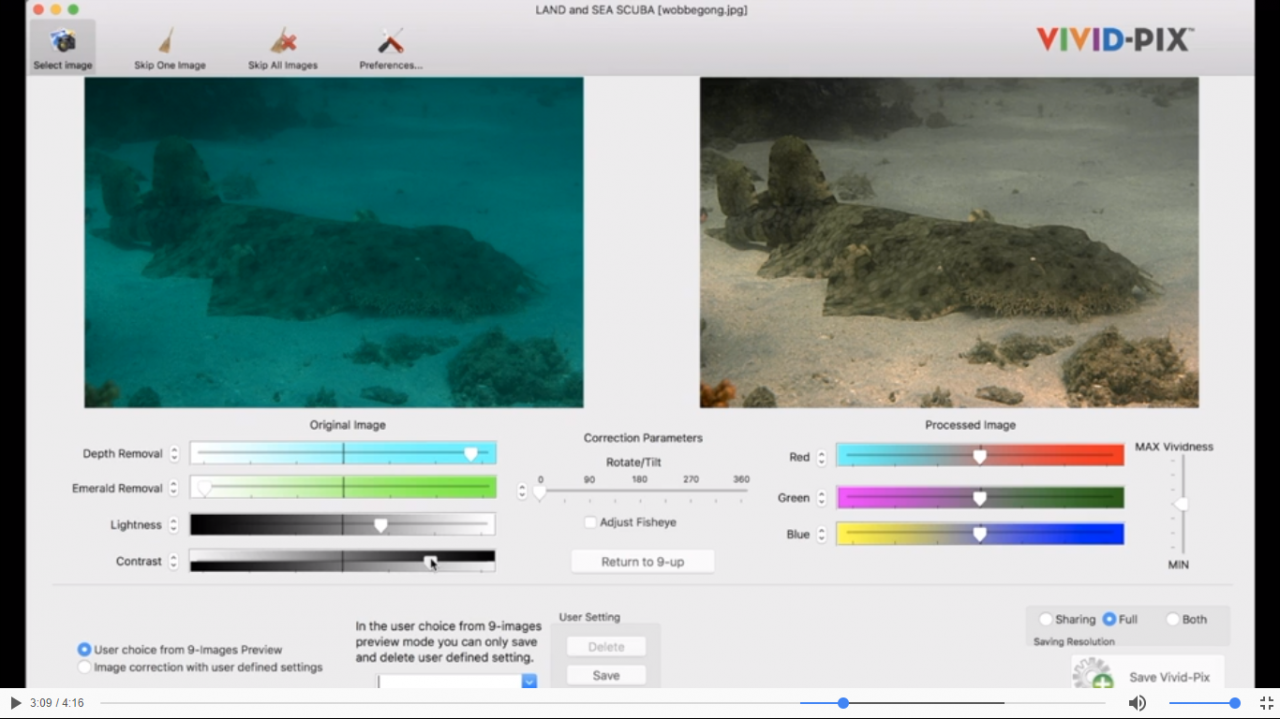 Cathy Church is a pioneer in underwater photography.  Learn about what Cathy Church thinks about Vivid-Pix Land & Sea Scuba and how she uses it.

Tweet
Learn how to Restore your Family History
What kinds of images can RESTORE fix?

As a child, Cathy Church was an avid biologist and bird watcher. She earned a BS in biology from the University of Michigan where she learned to SCUBA dive. She was studying marine biology at Stanford University's Hopkins Marine biology station in Monterey, California when she met Jim Church, a scuba diver who was pioneering underwater photography and writing for Skin Diver Magazine in the early 60s. Cathy wanted to document her underwater work and spent many dives with Jim exploring ways to use the Calypso camera and flashbulb systems with homemade accessories.

She continued on to the University of Hawaii where she earned her MS in Marine biology but in the late 1960s, in Hawaii, she was not able to break the barricades against women divers and she quit pursuing a career as a scientist. Instead, she turned to two other activities—underwater photography and a job teaching 7th and 8th grade science in California.

She quickly became recognized as one of the world's foremost teachers and authors on underwater photography. Cathy was a photo editor for Skin Diver magazine for 15 years, coauthored hundreds of magazine articles and four books on underwater photo techniques, and offered seminars throughout the USA. Her first week-long photo courses were taught in Grand Cayman in 1972. She developed the first franchised photo courses for dive shops through NASDS.

A versatile photographer, she is well known for many styles of photography from documentary and editorial to the gallery art you see here. She has photographed for many clients including Kodak, Nikon, the US Virgin Islands and the Cayman Islands. Her poster "Wonderland" earned a Certificate of Distinction from Creativity Magazine for best travel poster of the year in 1991. For fourteen years she produced serious black and white photography, spending long days in the darkroom to make her limited edition fine art black and white prints. Her coffee table book "My Underwater Photo Journey" was published in 2004. When hurricane Ivan destroyed her darkroom, and as she developed her digital techniques, she is now producing all of her imagery digitally. After almost fifty years of underwater photography, Cathy is still developing new twists and turns to her photography, adding to her new imagination collection that was released in 2009. She is always keeping up with developments so that she can teach her students the most up-to-date techniques.

More posts from author
Monday, July 13 2015 Orange Photos
Monday, June 08 2015 Use side lighting to make shadows
Monday, May 04 2015 Turning a small subject into a dramatic photo

Randy Fredlund
31 March 2021
As always, the better the scan, the better RESTORE is able to help.
Vivid-Pix News & Events
Randy Fredlund Tech Talk
Tips & Tricks - Learn how to do more and save time.
223 Hits
Read More