A Vastly Under Appreciated Skill In Underwater Photography 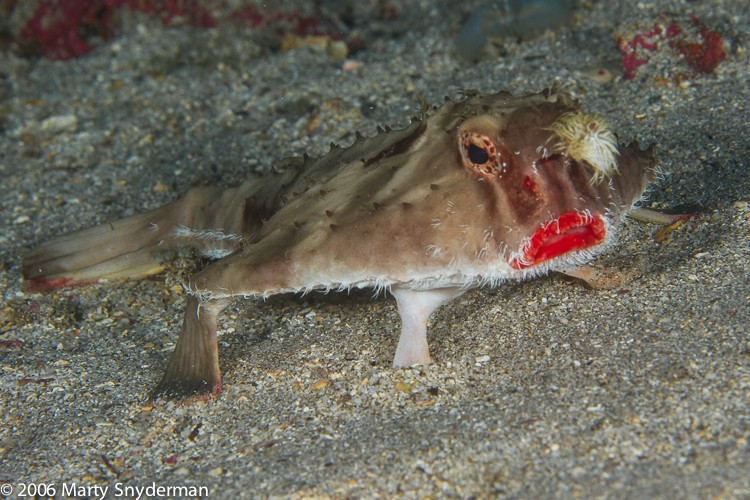 Hi Vivid-Pixers! The first two images discussed in this blog were created in oceans that are halfway around the world from each other. In addition to that, the images were created were significantly different camera systems. The shot of the rosy-lipped batfish resting on the sand was created with a macro lens at Costa Rica’s Cocos Island. 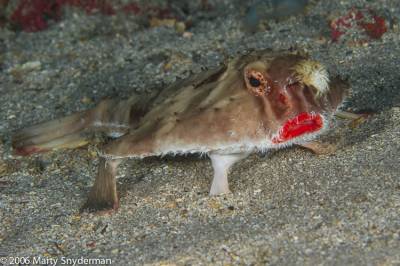 The shot of the bottlenose dolphin was created in the southern Caribbean with a wide-angle zoom lens. 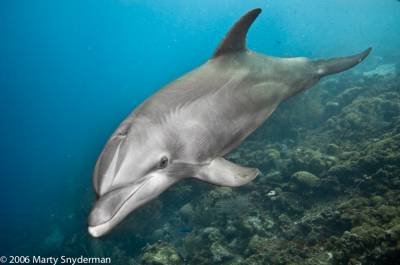 The exposure of the batfish was completely dependent upon my strobe-to-subject distance. Ambient light played no role. Getting the correct exposure for the dolphin involved matching the brightness of the light emitted by my strobes with the brightness of ambient light. So, upon first consideration it would be easy to conclude that these photographs have very little in common. But that is not the case. The common ingredient is a factor that all too often is completely ignored in discussions about what is required to be a good underwater photographer. That factor is being a very good diver. By being a good diver, I am referring to mastering the ability to get into and hold your position in currents, and being able to achieve and maintain neutral buoyancy quickly both near the surface and at depth. I include the ability to minimize your movements, and manage your equipment and yourself so you avoid colliding with the substrate and stirring up bottom sediment or frightening your subject. 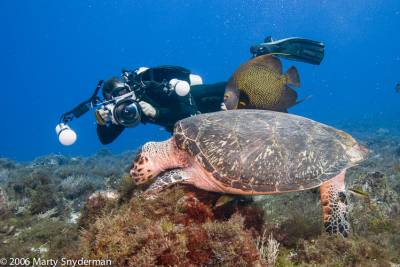 In addition, the underwater photographer that is a good diver doesn’t fumble with gear. In short, being a good diver means mastering the set of skills that get you into position to get your shot. In my opinion, these often disregarded skills are more important in achieving consistent success than many commonly debated factors such as the number of megapixels your camera provides. In fact, I’ll go so far as to say that mastering the skills required to be a good diver often separates those that consistently produce high impact images from those that see the same subjects, but don’t get great shots. Consider just some of the things I needed to do when creating the two images that lead this piece. For the photograph of the batfish I needed to get close to the easily stirred-up, soft-sand bottom to compose an interesting frame without sending plumes of particulate into the water column. I also needed to get within inches of the fish without causing it to flee, or even turn away from me. Once rosy-lipped batfish become wary of your presence it is somewhere between very hard, and impossible, to get in front of them as they constantly turn away. I know because they are the species that once reinforced this lesson in me during a long dive that produced no usable images. No images was the result even though I was within a few feet of my subject for the entire dive. While creating the photograph of the batfish that accompanies this piece I had to be able to hold my position by regulating my buoyancy with breath control. Creating the photograph of the dolphin required me to maneuver over a reef while not ascending and not bashing into the reef. I also needed to remain neutrally buoyant, monitor my depth, gas supply and remaining bottom time, and keep an eye on the dolphin pod that was swimming around us. And I had to do all of those things just right so I didn’t alarm the dolphin causing the animal to swim away from me. So whether your subjects are nudibranch-small, manta ray-big, or something in between, 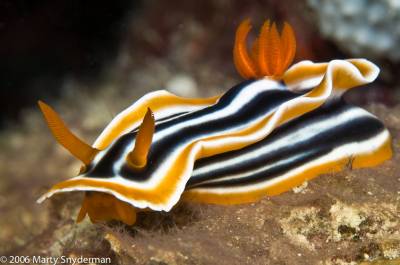 or you are working in a wreck, cave, or other “tight spot”, don’t underestimate the importance of being a good diver. 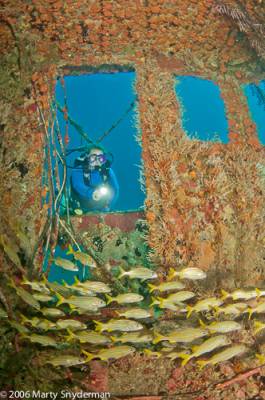 And please don’t think that I am only talking about the importance of being a good diver when it comes to photographing animals like the manta ray seen here that can swim or turn away from you. 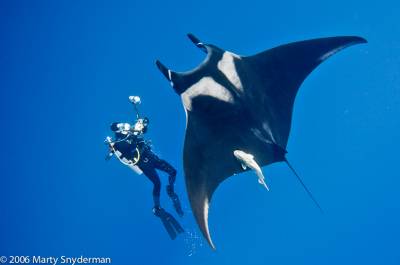 It can be just as important to be able to achieve and maintain neutral buoyancy when working along a drop-off.
The same is true with regard to being able to get into the desired shooting position and hold it long enough to get your shot when working in a current while photographing a sponge, sea fan or other subject that is attached to the substrate. 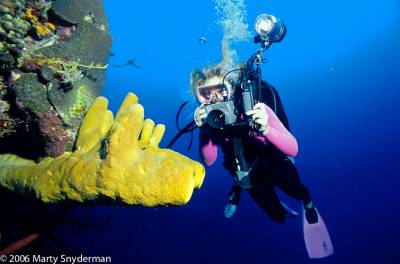 We hope you enjoy and benefit from the information presented here, and we hope to see you back again in a couple of weeks. If you did benefit from this blog, please tell a friend about it. Thank you,
Marty Snyderman For the Vivid-Pix Gang

One of approximately 75 people inducted into DEMA’s Scuba Diving Hall Of Fame, Marty Snyderman is a proud recipient of DEMA’s 2008 Reaching Out Award. Marty is an EMMY Award winning cinematographer, still photographer, author and speaker specializing in the marine environment. the Marine Life Editor of Dive Training magazine, Marty produces at least three columns a month in every issue, including the underwater photography column entitled "Behind The Lens" and a natural history column entitled "What’s That".

Fill A Pleasing Percentage Of Your Frame

An Introduction To Photographing Fish

What To Do When The Moment Is Now

Randy Fredlund
31 March 2021
As always, the better the scan, the better RESTORE is able to help.
Vivid-Pix News & Events
Randy Fredlund Tech Talk
Tips & Tricks - Learn how to do more and save time.
224 Hits
Read More